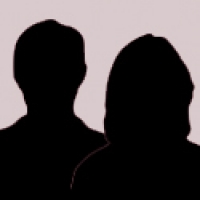 My parents died when I was a child so I was raised by my older brother. When I was nine years of age, he used to take me to the mosque for Namaz, to pray five times a day in the Islamic tradition. He was a very religious man and he raised me to be religious like himself. Our house was full of Islamic religious books.

While I was growing up in Turkey, I got involved in Islamic cults, first with the Naksibendis then later with the Quadiris. Both are made up of radical Islamic Shari’a believers. Over time my own belief in Islam and in the group got stronger. And I grew to dislike Jews and Christians. I pitied them for accepting a human being as their Lord and Saviour. One day I thought I would get a Holy Bible and do some research to be able to criticize the Christian belief. I read a couple of pages from the Holy Bible and fell asleep and had a dream.

I dreamed that I was in a graveyard. All around me it was dark. The sun began to dawn, but where I was it was still dark. I tried to go to where the light was but I somehow couldn't. I woke up and I was very disturbed. At that time I thought, Why was I in the dark even though I tried very hard to reach the light? Why couldn’t I?

In time, I met Isil, the woman who was to become my wife, at my cousin’s house where I used to teach Islamic lessons to a group. She happened to be there on a visit to Turkey from England where she was raised and still lived at that time. She too was a Muslim. I went to England to see her and while I was in England, I also planned to see a Pakistani sheik with whom our group was in contact. But as soon as I got there I found out that he had died. This and many other things related to the translations were getting to be frustrating to me. I was trying to serve Allah, but it was like things were falling apart.

Isil, then my fiancée, and I decided to return to Turkey. Early in the morning I got up to get our plane tickets. The agency was still closed, so I decided to walk around a little bit and wait until it opened. As I walked around, I saw a cathedral. The doors were open and I found myself walking in. Anxiously, I sat there watching the people praying in silence. It was like I was glued to my seat. I looked around and thought, What is this peace I feel? I sat there for two hours even though I was confused with the fact I was experiencing peace in the cathedral.

We went back to Turkey and Isil and I got married and settled in Istanbul. Isil joined the cult that I was leading. I had been in the group since I was a child. I had become very radical about my beliefs. The group was radical too, so they decided I would be the perfect leader.

One night, Isil told me that she saw a vision of Jesus and when she saw Him she felt power go right through her body. He had long hair and was dressed in a white garment with a purple cloak. His heart was visible on His chest the way a brooch would be. She said she knew immediately in her heart that it was Jesus, though she didn’t know how she knew.

After that vision, she asked me if I would take her to a church, It was certainly a strange request. After all, I was a very zealous Islamic teacher. But we were just newlyweds, so I could not refuse her at that time. I took her to a church that visitors to Turkey go and see, Saint Antuan (St.Anthony) Roman Catholic Church in the Taksim Square area. I walked around inside the church as my wife sat praying in silence. This disturbed me very much. I was an Islamic leader and here we were in a church and my wife was praying. What on earth was happening? After that day we said nothing to each other about it and I pretended as if nothing had happened.

Six months later it was Ramadan. By this time I felt that our lives had become a disaster and every day it was getting worse. The project I was working on was getting to be a stressful chore. Eventually I became very frustrated and angry. One night I found myself furiously throwing books all over the room while screaming at Allah, “I have been serving you for years. I am trying to help other Muslims, but what are you doing? It’s as if you are trying to stop me!” Isil was trying to calm me down at the same time as she was picking up the books from the floor.

I left her in the room and went to the bedroom to calm down. I was very upset. I lay down, closed my eyes, and took a few deep breaths. All of a sudden I saw a bright light, and then there was a man standing in front of me. I could not really see his face, but I knew He was…

Who was the apparition? Was it a ghost? Find out more.