Deliverance from Demons and Drugs 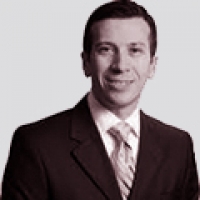 As a young boy raised in a Muslim family in Ankara, Turkey, I had a great hunger for the things of God. Even as a child I wanted to know about God. I practiced Islam as I was taught, praying five times a day, and I went to the mosque with my grandfather on Fridays. One day when I was ten years old, my grandfather rebuked me for showing emotion at the mosque. Something broke in me that day that would not be healed for many years.

When I was 13 years old we immigrated to the United States. Not knowing anyone, I was so lonely that I gave myself more to religion. I did everything I could to fill the emptiness inside. At 15 or 16, with that emptiness still deep inside of me, I began to wonder about what I was doing. I had memorized the Arabic prayers in the Qur’an and said them five times a day, but being Turkish speaking, and later speaking English, I really didn’t understand what I was praying. I did it only out of my religious duty. The repetitious prayers left me empty and without any understanding of what I was praying. It became so unfulfilling, especially after some of the things I heard at Friday prayers.

I began to question why there was so much hatred. There was always hatred imparted in the messages in Islam. I was looking for peace and love. This hatred was not what I wanted in my life. I loved being in America. I couldn’t understand why they lived there but yet hated it. So I stopped going to the mosques and I stopped praying and practicing Islam. But this didn’t change the emptiness inside – still had the emptiness. So as a teen trying to make friends, I started partying, smoking marijuana, taking drugs, and even taking ecstasy pills. It was all crazy.

One night I was really high on drugs. I was sitting on the floor early in the morning hours in a club when I heard an audible voice. The voice said…