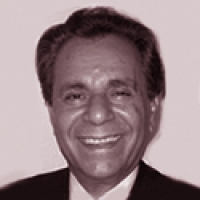 I was born into a Shiite Muslim family in the south of Iran. All my relatives are believers in Islam and the teachings of Muhammad, Islam’s prophet. I grew up with the same belief as my family, and I always thought that I was walking in the right and perfect way. My Islamic teachings taught me that the only way to satisfy God was to perfectly follow the Islamic Shari’a law. Since my parents adhered to strict Islamic tradition, I was three years old when they sent me to a Madrasah, which was a clergy house with some 50 to 100 other children where we were taught to memorize the Qur’an and Shari’a law. I would daily recite: “Allah Akbar. La ilaha illa Allah, Muhammad rasul Allah.” (“God is great. There is no other god but Allah and Muhammad is Allah’s messenger.”)

I came to America from Iran for further education at the age of 27. Though I had been raised a Shiite, I began attending a Sunni mosque because it was the only mosque in the city I was living in. It didn’t matter to me. I just wanted to worship Allah. It was, however, not a good experience. Most of the mosque attendees were Sunnis from different parts of the Middle East and other parts of Asia. Since I was the only Shiite Muslim, it did not dawn on me that it would make a difference to them to see me among them. When the muezzin chanted the prayer calls five times a day Muslims lined up in rows where they bowed toward Mecca in prayer, so I naturally stood in line with them. Then the imam, the head of the mosque, led the congregational prayer.

Sunni and Shiites believe in the same prophet Muhammad, but they have differences in the rituals pertaining to prayer. I couldn’t understand why it should be such a conflict. Don’t all Muslims worship the same Allah?

I considered myself a good Muslim. I practiced my daily prayers religiously; worshipped five times a day, fasted during Ramadan, and fulfilled all of the prescribed duties a good Muslim should complete, though I did so without reflecting on the meaning of the words. I just repeated them dutifully. I was taught that those who are killed in a Jihad, a holy war against unbelievers, go directly to Heaven, but all others are put aside until judgment day when God will weigh their actions in life to see if they have done more good than bad.

Also, I believed that Islam’s prophet, Muhammad, was the last and greatest prophet who brought true religion to man. I studied the Qur’an to follow the Islamic religion as taught by the prophet Muhammad, which also included belief in other prophets of Islam: Noah, Abraham, Moses, and Jesus.

In 1980 the war between Iran and Iraq began. Many of my family members got killed. All this put much pressure on my mind and grieved me deeply. I asked God many times why two Muslim nations would have to fight each other. In my mind I was thinking Muslims should not be shedding the blood of other Muslims, but only the blood of unbelievers in Islam.

It was 1981 when I encountered many problems and I could not find any peace or solution for my difficulties. I had no trusted friends to go to, so I thought to turn to God for answers. One Sunday night in 1981, at about 9:00 pm, I was on my way home from the university I was attending. I stopped at a traffic light and noticed that a book was lying in the middle of the road. I picked up the book and saw that it was a Bible. I didn’t read it but put it away. After a few days, I grew curious to see what the difference was between the Qur’an and the Bible. So I took out the Bible I had found. I began to read the Qur’an in the morning and the Bible at night. In a short time I began to see some similarities between the Qur’an and the Bible, and some contradictions too!

One day while reading the Bible, I cried out to God to reveal the truth to me. “Which one of the great prophets that Islam has reverence for should I follow: Noah, Abraham, Moses, Jesus, or Muhammad? I must hear it from your mouth.” I went on to pray, “If you are God, I want to know the truth. If it’s Jesus, then show me Jesus, and if it’s Muhammad, then show me Muhammad.” After I spoke these words, I closed the Bible and set it on my nightstand and fell asleep.