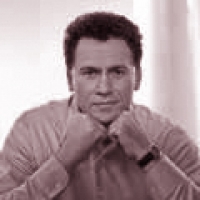 I had a dream as a child. I was dressed in the long white shorts Muslim children wear and was riding on a white horse. In each arm I held a double-edged sword. In front of me stood the enemies of Allah. They were Jews and Christians. I cried out, “For Islam!” and ran into the battlefield. Their elite warriors came at me and I challenged them, causing chaos among them. I conquered them and took off their heads with the sword so that their heads were rolling under the feet of Allah. In my dream I was martyred, and when I came before the throne of Allah, he was laughing and said, “Only my crazy Kamal could do this.”

This was my Islamic worldview from childhood. Jihad for me was birthed from infancy. Our home was Lebanon. My father was my hero as a child. He understood steel and he understood hard work. My mother taught us what it meant to be a Muslim, and how Muslims had conquered the world and would do it again. She taught us the Qur’an and the Hadith. My father would explain it this way, “Allah will weigh all your deeds both good and bad and whatever tips the scale, means Heaven or hell for you.”

I believed all along, just as the 9/11 attackers did years later, that I could do bad things and then, if necessary, I could die as a martyr and still have a one-way ticket to Heaven. My father taught about martyrdom. Every Muslim will have to pass through hell first (see Qur’an: Surah 19:71). When a martyr dies, the first thing that happens is he becomes an intercessor, and because of his martyr’s death, his family can go to Heaven without being judged. So families rejoice when a son becomes a martyr.

I went to my first PLO assault camp at the age of seven. This was not a class trip; we were here to learn war. My life took a turn that day. One of the leaders looked at me. He said, “Child, do you want to be a warrior?” I said, “I am a warrior!” as I slapped my hand on my chest. He said, “You cannot be unless you know how to use a weapon.” He took up an AK-47 and taught me how to hold it. I learned how to go from one shot to automatic. “Now shoot,” he said. I shot 30 bullets into the heavens that day with an AK-47 and fell in love with the rifle.

My heart’s desire was to see the giant infidel dead. That great giant was America. I came to the United States for the purpose of cultural Jihad, determined it would change America the way it was changing Great Britain and Europe. In order to conquer the world we were also taught to work in the Western world specifically through the women. Women would be easier to convert to Islam.

But one day, something happened that changed my life completely, just when I thought everything was moving in the right direction. I was driving down a street when a truck came from the opposite lane and hit me head on. The impact was so severe that I was ejected out of my seat and out of the car. Parts of the car landed on my neck, so that I could not move my body. I was severely injured. I was taken to the hospital. As I lay in the hospital I had only confusion. Why had this happened? I thought maybe Allah was angry with me.

Three men became very close to me during my time in the hospital – the orthopaedic surgeon, the physical therapist, and a “Good Samaritan.” Since I had no family in America, one of the doctors and his wife befriended me and took me to their home to recuperate. The family took me in and I was treated with love, something I had never known before. For seven years, I had been a Jihad warrior. But now, this family was speaking to me without any violence in their thoughts. They were touching me, loving me, and praying for me.

I wanted to clock out that day, to put an end to my life. I thought, this is the final place for me. As I was reaching for my gun to blow my head off, suddenly…

—Excerpted from the book.

Find out what the God of Father Abraham, Isaac, and Jacob had to say to Kamal, and how this supernatural encounter changed this Jihad warrior's life forever.