My Heart Thirsts for Almighty God 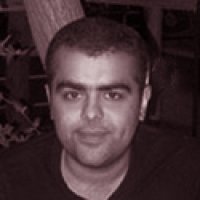 I was in my teens when the revolution happened in my country of Iran. With all that was taking place, I developed a fascination for Islam that I already knew. I had been brought up in the mosque. My mother was a devoted Muslim, though my father was more liberal. We supported our faith and mosque even when we didn't have money for our life essentials. I fell in love with Islam and I devoted my life to it. I read whatever I could and eventually I had some 3,200 books in my library at home. Most of them were Islamic books. I became passionate about my desire to become an orthodox Muslim. I won the second prize in Islamic Ahkam (laws), and among my friends, I was considered the best source to ask and check for questions in regard to Islamic Ahkam.

I was very much respected because of my sincerity and knowledge in Islam. But position and indulging in people's attention wasn't what I was after. I decided to drop the garment of fundamentalism and continue the path of life through further education and learning.

Part of my education was learning the English language, and at the advice of my English teacher, I started going to a Roman Catholic church in Tehran where I could improve my listening skills by simply sitting in the congregation to listen to the English service.

My English teacher and I often talked about churches and she was like a caring mother to me. One day she told me of a friend she sent to a different church which preached in both Farsi and English. She was disappointed because the Muslim friend she sent to that church converted to Christianity. So we decided to visit this church and straighten her friend out. But the moment we entered the church, I felt different…