Buried Alive and Left for Dead 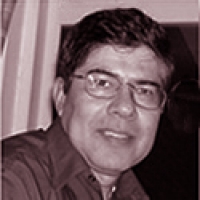 Like many Muslims, my parents believed that Islam covered the whole sphere of one's life: religious, social, and political. I was raised to believe the same. Like other Muslim children, at about six or seven years old, I was sent to the mosque where I learned to read the Qur'an in Arabic, which was not my native language, being a Pakistani. By the age of 13, I had memorized the entire Qur'an, which was encouraged by Mohammad the prophet, but is not something many Muslims do.

My family belonged to an Islamic sect called Ahmadiyya, whose founder claimed to have received a revelation from God to bring revival to Islam. He also claimed to be the second coming of Jesus. This was the belief system that I grew up in. Because we believed we had the truth that the Sunnis didn't, I questioned why God would keep a secret for so long—almost 1400 years after Mohammad—only to reveal it to a small sect. This caused me to compare Sunni doctrine with that of Ahmadiyya.

At about 18, I left my parents' home and became a Sunni Muslim. I wanted to know every major aspect of Islam. In my quest, I realized that even if I followed Islam entirely, Islam did not present any assurance of salvation. Islam does not have a saviour. Muslims believe that if we do good things we will go to Paradise. Mohammad the prophet himself was uncertain of his eternal fate at the end of his life.

Back when I was 13, I got a copy of the Gospel of John. When I started reading it, I was surprised! It was different from what I expected. This was not the same Jesus I read about in the Qur'an. There are some 90 verses about Jesus in the Qur'an. They say He is the Word of God and the Spirit of God, and yet He is just a prophet.

A Muslim recites Chapter 112 of the Qur'an in Arabic during his prayers: "Say, God is one. He is aloof. He begetteth not, nor is he begotten. And there is none comparable to him." Imagine me, a Muslim hearing or reading in the Bible, "For God so loved the world that He gave His only begotten Son, that whoever believes in Him shall not perish but have everlasting life." (John 3:16). A practicing Muslim's response would be, "Allah forbid, Allah forbid. That's not possible."

At 15, I had so many unanswered questions. I wondered, What should I do? I continued to study both the Qur'an and the New Testament. More questions arose. I left home at age 18 to pursue a plan toward becoming a scholar of Islamic studies, and to help others to be good Muslims. I would ask Allah and pray to him, "Show me your way." But then my heart would ask me, "Isn't Islam already the way?" I studied hard and had discussions with scholars. The conclusion of such discussions was to tell me not to question Allah, the prophet, or the Qur'an.

At the age of 21, I made a shocking discovery. Through my study of the Qur'an and Islamic traditions—there are 600,00 of them—I realized that no Muslim could say how one could find God's covering of grace and mercy! Several of the authentic reports in these traditions say that one day Mohammad said to his followers, "None of you will enter paradise through your good works."

They asked him, "What about you, O Allah's apostle?"

He replied, "Not even me, unless Allah covers me with his grace and mercy." (See the books Sahih Bukhari and Sahih Muslims in the Hadith).

One and a half billion Muslims follow a prophet who doesn't even know his own eternal destiny. And they don't know their own either. That was my dilemma. I quickly realized that it is not Mohammad who is the answer.

In Islam, apostates (those who leave Islam) face capital punishment. And so when my family found out about my falling away from Islam, they began to plot my honour killing.

Find out how Steven was buried alive and left for dead, and how he was rescued miraculously.